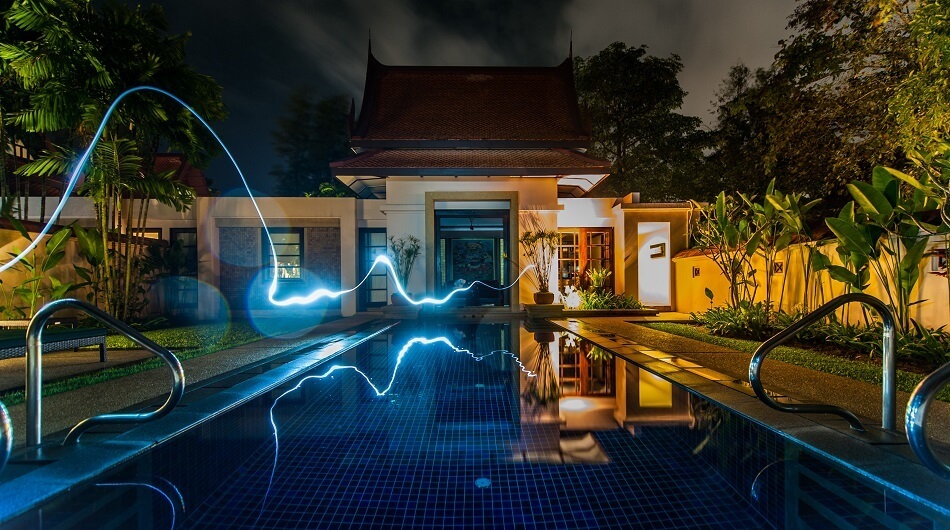 We all know that Z-Wave makes our home smart, but does it make our home safer too?
I want you to know that I have no doubt in my mind when I say; yes, it makes your house safer.

So, where does all my confidence stem from?

That’s what this article is about. Here, we’ll talk about its encryption, software, security updates and much more.

But first, let’s begin with a short overview of z-wave.

How Does This Work?

Z-Wave is a communication protocol with which you can connect all your devices and let them communicate with each other.

Due to employing a mesh network, all the devices work as a signal repeater, and it keeps hopping from one appliance to another until it reaches the end of the line.

As a result, it gets possible for all the home devices to contribute.
And the more device you add, the stronger the system gets.
With a hub, you can monitor up to 232 Z-Wave devices at a time.

A huge Botnet attack in 2016 caused people to get concerned about the safety of their Z-Wave gadgets.
What if someone hacks their smart home devices?

Obviously, their doubts regarding the Z-Wave technology were reasonable.
Needless to say, the Z-Wave alliance took note.

They had no other option as a drop in consumer confidence meant loss in business.

Consequently, they announced a new security measure in 2016 to protect the smart home appliances from getting hacked and make wireless transmissions safe.

According to their new standard, all Z-Wave products must have the latest Z-Wave S2 security framework, which is the best possible security solution for smart home appliances.

In order to develop the S2 framework and make the system impregnable, the Z-Wave alliance sought the help of expert cybersecurity personnel.

QR and pin code has been introduced to give the smart appliances a unique identity to the network.

Moreover, by using a super-safe security exchange called ECDH, they have made the system impenetrable.

Lastly, to prevent the device from being vulnerable, the devices employ a safe TLS 1.1 tunnel to tunnel all the Z-Wave IP.

the encryption system employed to make the entire network safe from intrusion is as advanced as encryption used by banks.

Furthermore, The Z-Wave Alliance will monitor that each Z-Wave product upholds the security standers set by them.

If a Z-Wave product or company fails to meet the required standards, permission to release won’t be granted.

Do I Need Firmware Updates on Z-wave Devices?

Firmware is actually a software built into a hardware device. The firmware determines how your device will behave and makes it possible for the user to use the appliance.

It’s meant to fix bugs, incorporate the latest features, and to remove any security risks.

So, firmware updates are definitely a good thing. Right?

Generally, yes. Keeping the device up to date will keep your device secure from any potential threats.

However, if there’s nothing wrong with your device and it isn’t vulnerable to hacks, then there’s no need for a firmware update.

You ​may read also:

How to Update Z-Wave Appliances?

To be honest, updating Z-Wave devices can sometimes be a bit tricky. They may require a specific software a controller to let you update the device.

For example, you can upgrade Fibaro appliances only if you are in possession of either a Fibaro HLC or HC2 controller. To make matters worse, they can’t be used to update devices that aren’t from Fibero.

Similar to Fibaro, Qubino doesn’t believe in making firmware updates open to the consumers. To update a Qubino device, you will need to send them back to the manufacturers.

On the other hand, though Domitech shares their firmware file with the consumer, very few Z-Wave hubs support over the air updating.

As the name suggests, it’s a controller that lets you control all the Z-Wave gadgets & equipments.
You can turn the light on, monitor the cameras, and control the home temperature with this single device.

Each of the devices in the network will be connected to the hub.
Some Z-Wave controllers may support other communication protocols such as Wi-Fi and ZigBee.

That’s a good thing and allows you a smooth transition to a new protocol, should you ever decide to try out a different home automation technology.

Z-Wave / ZigBee: Which One Is Better?

​The answer to the question may vary from person to person according to their needs. But more on that later.

First, let’s talk about the pros and cons of both wireless communication protocols.

The biggest advantage of Z-Wave technology is that it uses a different radio frequency than the Wi-Fi, hence manages to avoid interference from the wireless router.

Moreover, the fact that it’s compatible with nearly all the smart home appliances makes the technology very useful.

However, the only issue with Z-Wave devices is that they consume more power than their competitors. But that shouldn’t be a deal-breaker as the difference between the consumption of power isn’t that significant.

What makes ZigBee stand out is how many devices it can accommodate; more than 65000. And what’s more, the ZigBee devices are extremely energy-efficient and will save you plenty of bucks.

The only drawback of ZigBee is that having the same band as Wi-Fi, it is bound to face interference from the Wi-Fi router.

Being concerned with your home’s safety is a really good thing. That’s why you need a technology that inspires confidence.

And I believe, Z-Wave is that technology that will make your home secure.

I have already told you the reasons behind my confidence in the Z-Wave equipment.
But if you still have some questions, feel free to ask them in the comments section.