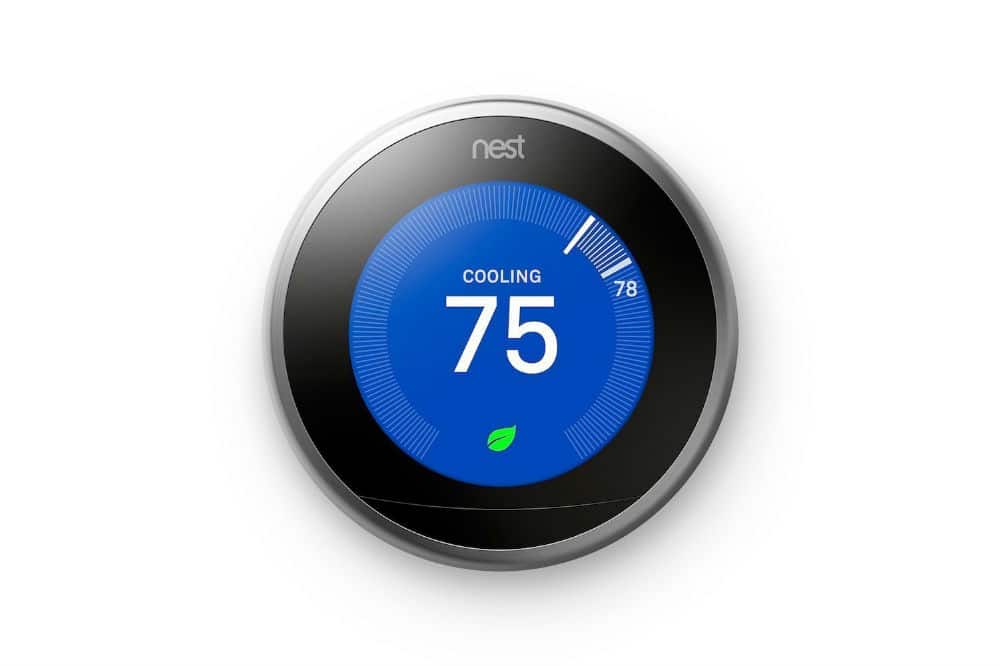 Are you a tech-savvy person with the latest smartphone and other gadgets, but still struggling with an ancient thermostat you have to set by hand? With the improved, 3rd iteration of the Nest, a modern smart thermostat which adapts itself to your needs, problems like that will trouble you no more.

After achieving a lot of success with the 1st and 2nd installments, this 3rd generation Nest focuses more on ease of use with its bigger screen, better Wi-Fi connectivity and Farsight, but also on aesthetics as it is considerably thinner than its predecessor. Here’s everything that this intelligent little gadget can do:

The Nest Learning Thermostat 3rd Generation is a smart thermostat in the truest sense of the word. Even though you can micromanage every aspect of its operation with the accompanying nest app, its main selling point is the Nest’s ability to observe your patterns over a week or so and then automatically determine what temperature it should set itself to.

Even if you work from home a day or two a week, the Nest will remember this and keep you warm while you’re home, and only then.

The Nest is equipped with an array of sensors that lets it determine whether or not you’re in the room and lower the temperature accordingly. When it does sense your presence via its Farsight feature, the thermostat lights up, displaying either the current temperature, time or weather, based on your preferences.

As for integration, aside from controlling it with the app, you can give voice commands to the Nest via Google Home or Amazon Alexa, making it even easier to operate. All of this has naturally led to a much more streamlined appearance – the Nest is decidedly minimalistic with a high contrast round screen that tells you all the pertinent information in a second and is easily visible across the room.

Heating and cooling units, as well as humidifiers, are supported, giving you the ability to set up your in-house climate just the way you like it. There’s also a green feature where a small leaf is displayed next to temperatures which help save energy.

You can expect your bills to decrease by as much as 15 percent when using the Nest, practically paying for it in a year or two. The Nest app also features a breakdown of your energy costs, telling you exactly how much you’re spending on climate control and making it easier to adjust if you find that certain expenses are still too high.

There are two shortcomings to the product you ought to consider before buying. The first is its installation instructions.

They are a bit vague and only focus on replacing an old thermostat by making use of its wiring. If you’re installing the Nest into a newly-built home, the process isn’t as straightforward.

The other thing people might find annoying is that some models are faulty in the sense that there’s a problem with the Wi-Fi card that causes the battery to drain a lot faster than it should. This is rarely the case though and the company is happy to send out a replacement if this happens to you.

The Nest is an elegant, adaptive and smart thermostat which has virtually no major shortcomings. Even if it didn’t have all of its advanced features like motion recognition and learning capabilities, the very real impact this thermostat has on curbing your energy consumption makes it worth the purchase.

As it stands though, it’s more than just a gadget; it’s a device that’s completely integrated into a contemporary mindset, helping to free up your precious time and save money, all the while keeping you in a meticulously climate-controlled home environment.

Its initial price may be on the upper end, but its positives ought to compensate for that in a short time and end up generating net gains. After that, the decision whether or not to give the 3rd generation Nest a try isn’t really that hard to make after reading this Nest Learning Thermostat information.