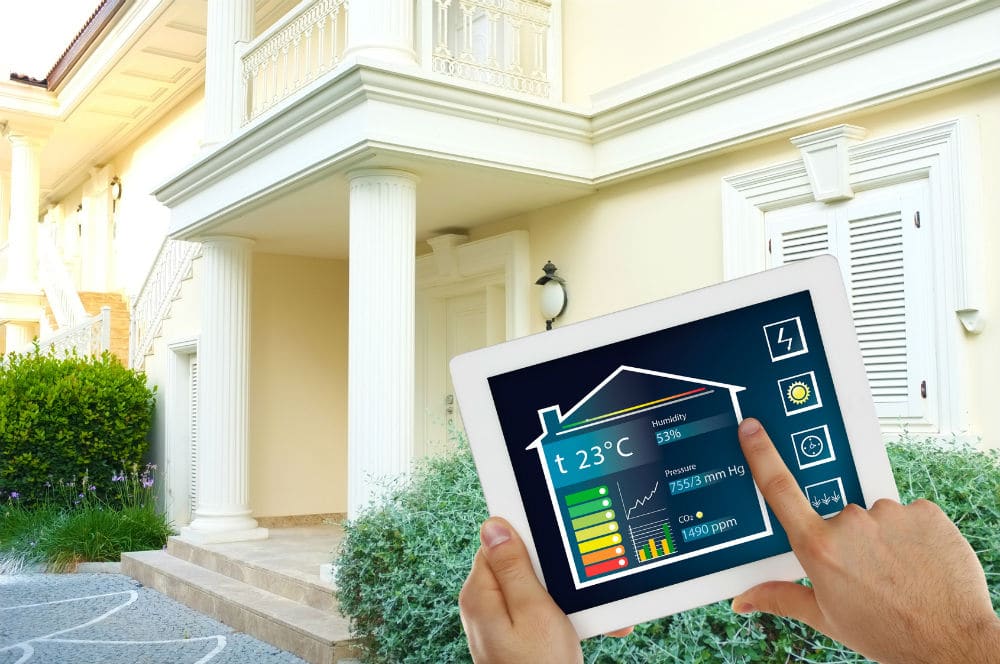 Americans get to enjoy the convenience and ease of operating almost every aspect of their home’s microclimate with the same powerful tool – the humble thermostat.

It’s an unassuming device which acts as the regulator to your HVAC (heating, ventilation and air conditioning) system, keeping the temperature cool in the summer and cozy in the winter, all the while ensuring the air inside is neither too damp nor too dry.

Old-fashioned thermostats have been widely used in American homes for decades now, and not that much has changed for their core use with the advent of the smart thermostat.

It still retains all of the older digital models’ features like large displays that showcase current and desired temperatures.
The ability to program periods of lighter and more intense usage, as well as the ability to work with many different multi-stage heating and cooling systems most commonly installed during the past two decades or so.

If that’s the case, what is a smart thermostat exactly, and how does it differ from its “dumb” predecessors?

What is a Smart Thermostat and Smart Temperature Regulation?

The chief difference between a traditional and a smart thermostat is the latter’s capability of adapting your home’s temperature (as well as its humidity and ventilation in some cases) in a much more nuanced way.

Programming an older thermostat often meant having to manually adjust the temperature before going off to work and then reapplying your old settings once someone was back home.

Three main ways of doing this have established themselves among smart thermostat manufacturers – the use of motion sensors, geofencing, and, most “intelligent” of all, learning via use of algorithms.

Motion sensors are as straightforward as they sound – the thermostat either has one built into it or comes with a number of motion sensors that can then be placed in different areas of the house.

Depending on the activity levels these sensors read, the rooms in question are either kept temperate or unaffected.

This is very handy during the winter time when you want to cut down on your heating bill by concentrating the furnace only on the room(s) that are occupied. It’s also a convenient way to save energy when no one’s around, regardless of a set schedule.

Geofencing relies on the capabilities of a modern smartphone, specifically its GPS. When the two are in sync, the thermostat equipped with geofencing knows where your phone is currently located.

If it happens to be somewhere in the house, the thermostat assumes that you are too and provides warmth and cold accordingly.

When the phone leaves the designated area, the thermostat is turned off or switches to a more energy-efficient mode of operation depending on what you set it to.

Lastly and most intriguingly, there’s learning through algorithms. This is the most advanced method of temperature control, and when working properly requires the least input on your part.

It involves a few days of observing your routine and the settings you like for each part of the day or type of weather. Provided that your daily habits aren’t too chaotic, it can form a basic picture of your needs and likes in a short time period and adjust the temperature as it picks this up.

Light and motion sensors play a major role in this – when the thermostat establishes a pattern of your presence or lack thereof during the day, it automatically starts adjusting for it.

Some traditional thermostats might have had remote controls for easier access, but by connecting to today’s other smart devices, modern thermostats’ ability to be manipulated from afar blows this out of the water.

Not only can you now turn it off or adjust it from literally anywhere, but you can also keep anyone else from using the physical thermostat as well.

Not to mention set its schedule, receive notifications on important events like very low or high temperatures, keep track of weekly or monthly usage, and much more.

The ultimate step in convenient climate correction is doing it with a few choice words spoken into a smartphone or any other gadget that’s part of a home integration system.

Smart thermostats are equipped to sync with and become part of many such systems, adding to their usefulness in managing the most important aspects of your home.